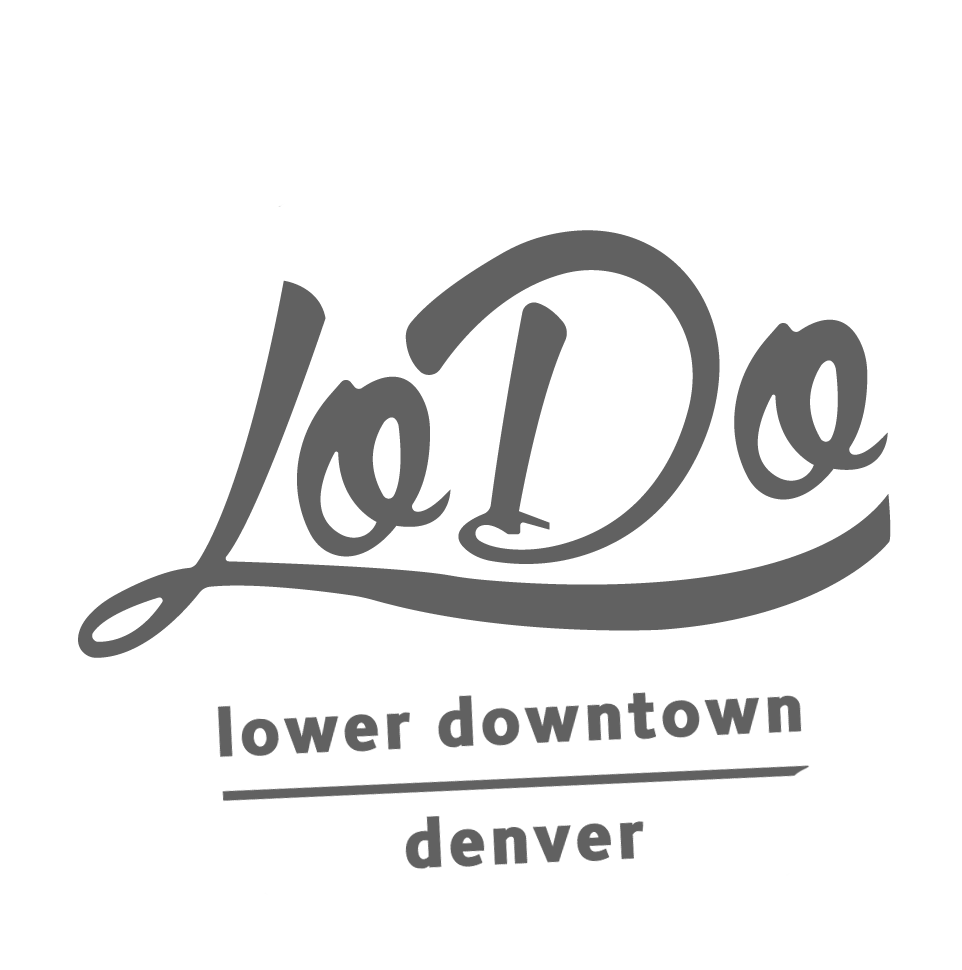 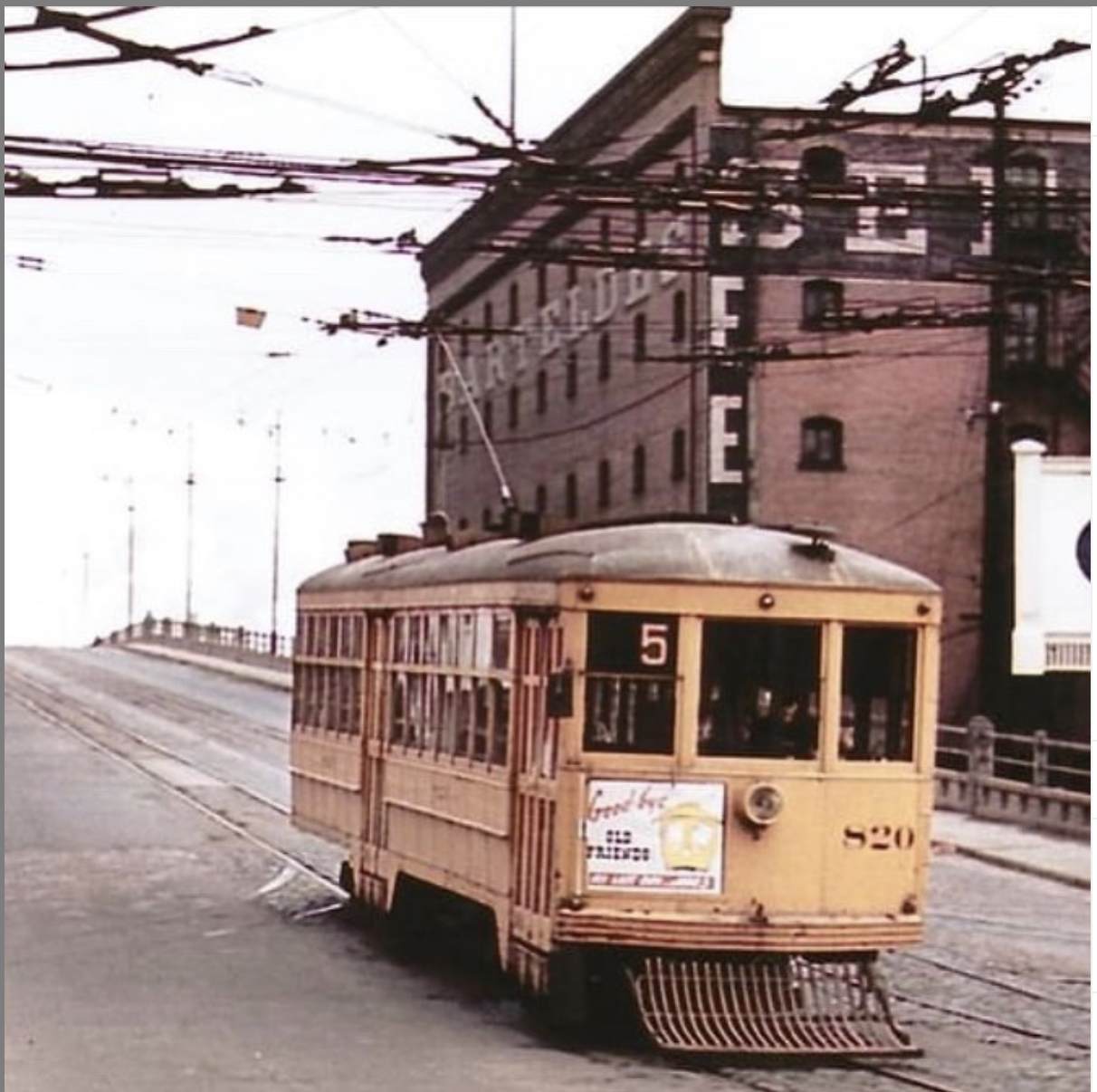 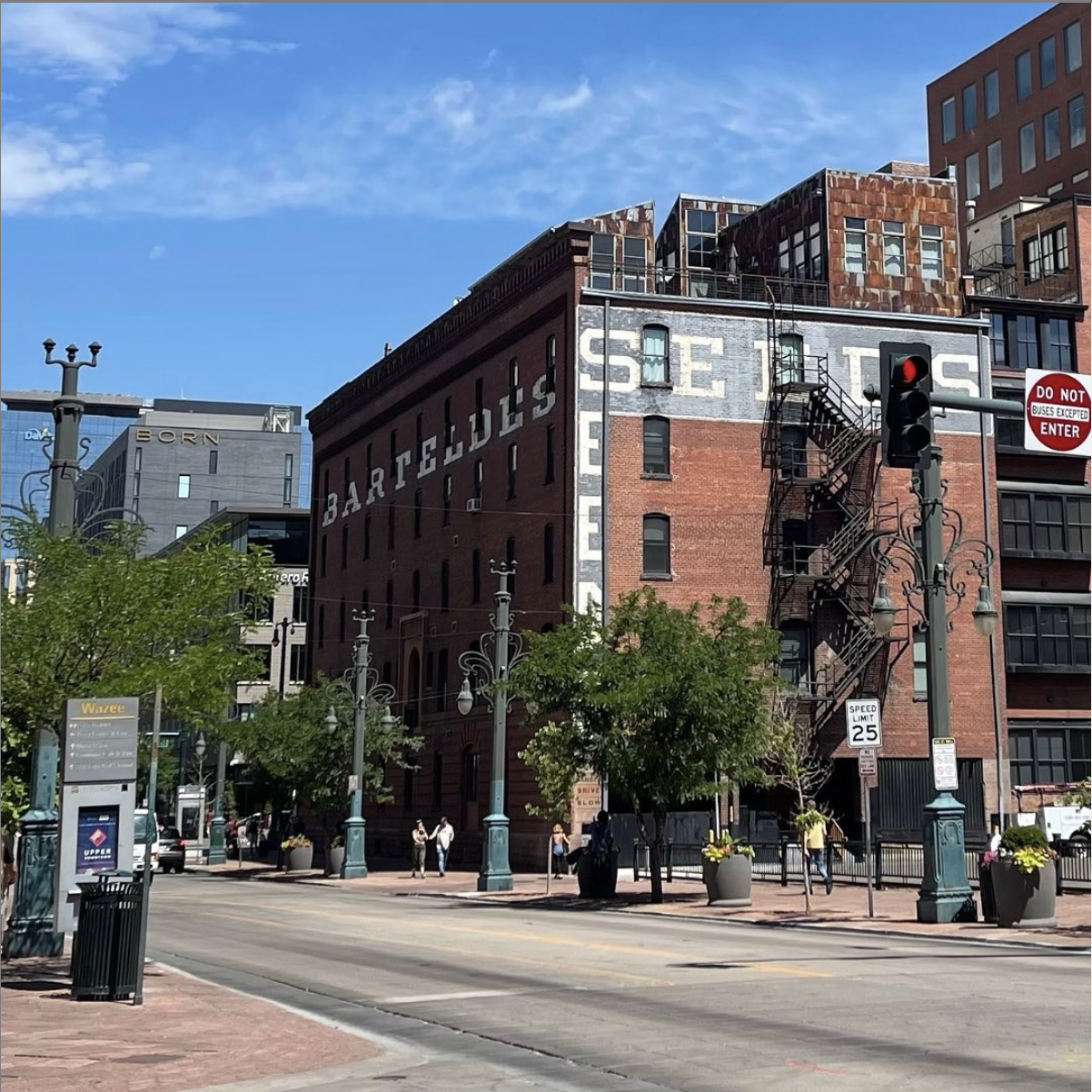 The 16th St. viaduct is no longer but as you can see the Barteldes Seed (1906) building still stands. If you look closely...Click arrow to read more

The 16th St. viaduct is no longer but as you can see the  Barteldes Seed (1906) building still stands. If you look closely, the sign on the the streetcar says “Good-Bye Old Friends: My Last Day is June 3rd”.   The photo was taken in the 1950’s. Denver had one of the nation’s largest networks of streetcars during the early 20th Century, with over 250 miles if track, which was headquartered in the Tramway Building which is now Hotel Teatro. By the 1950’s the streetcar routes were abandoned and made way for busses. 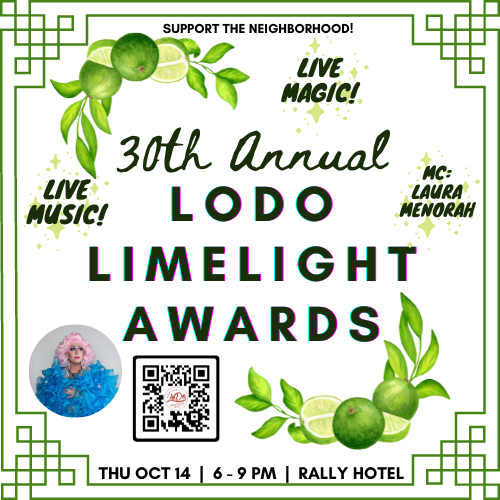 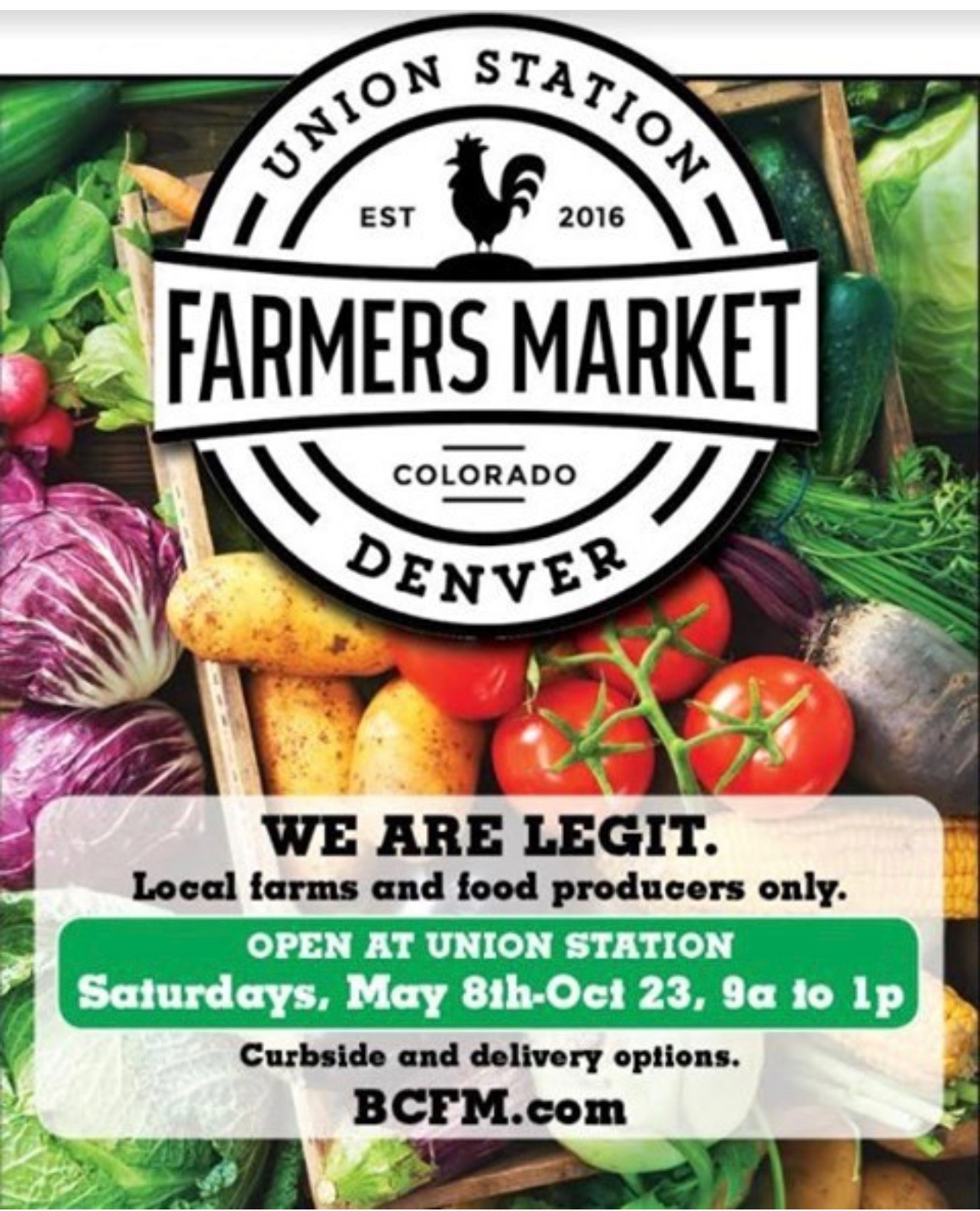 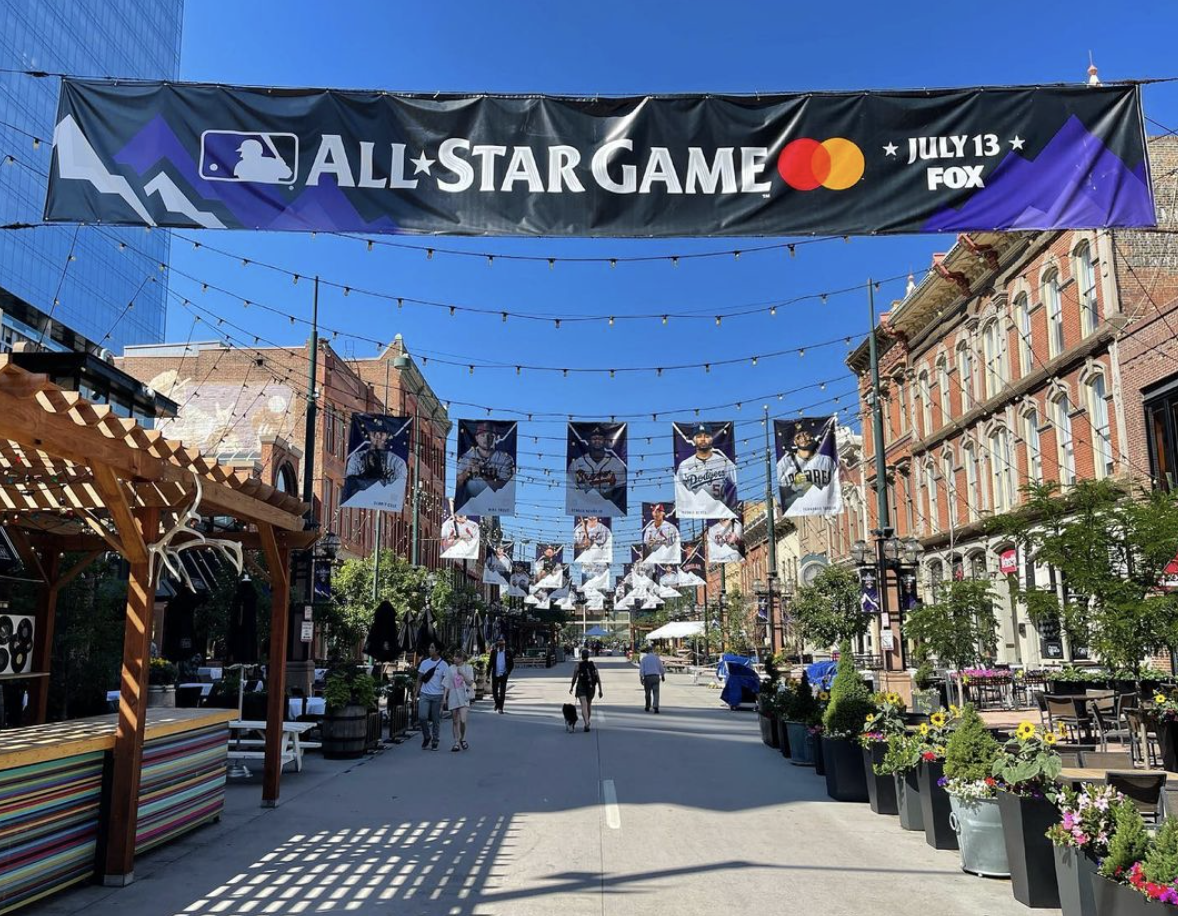 All-Star Game!  About this event 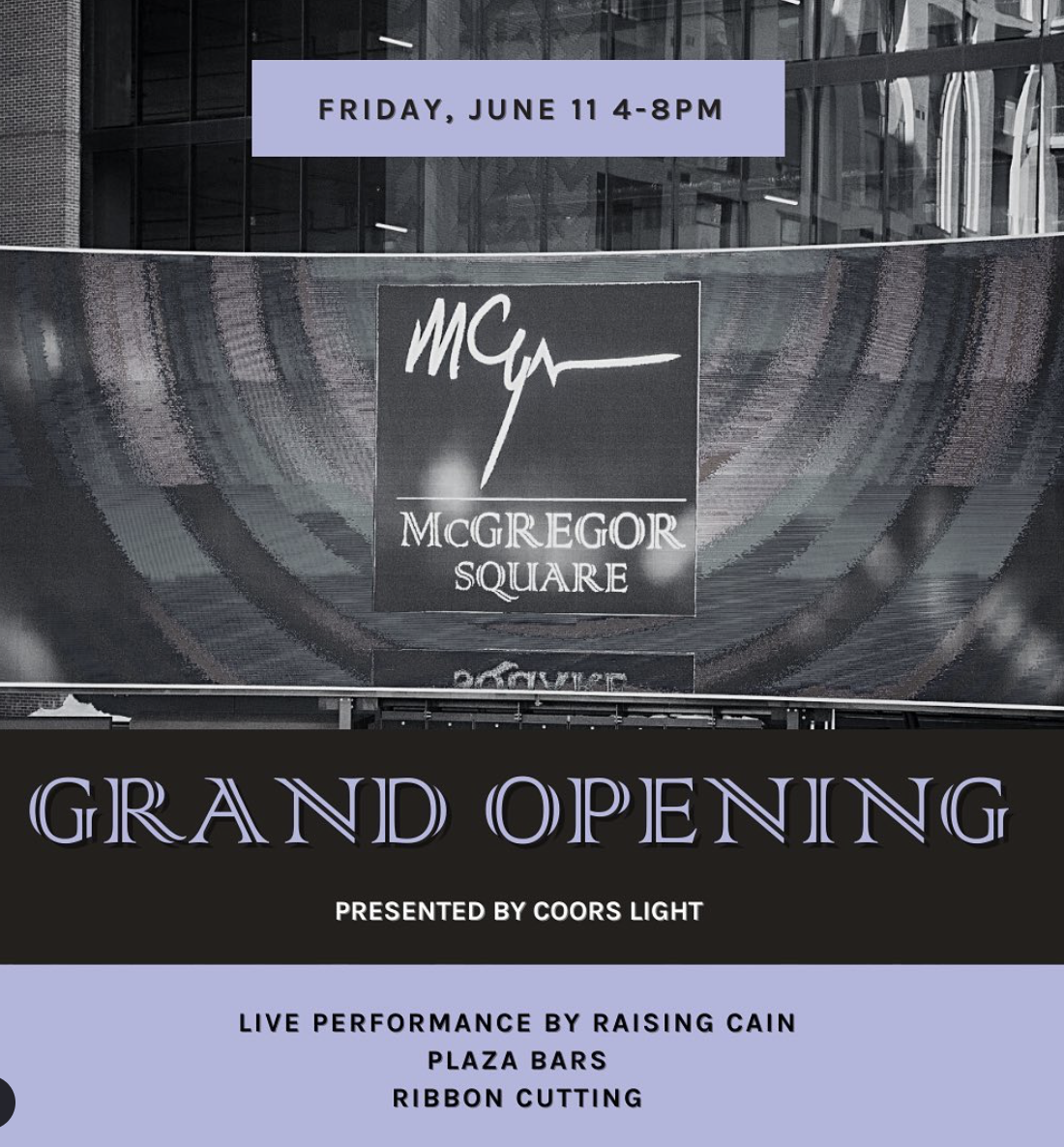 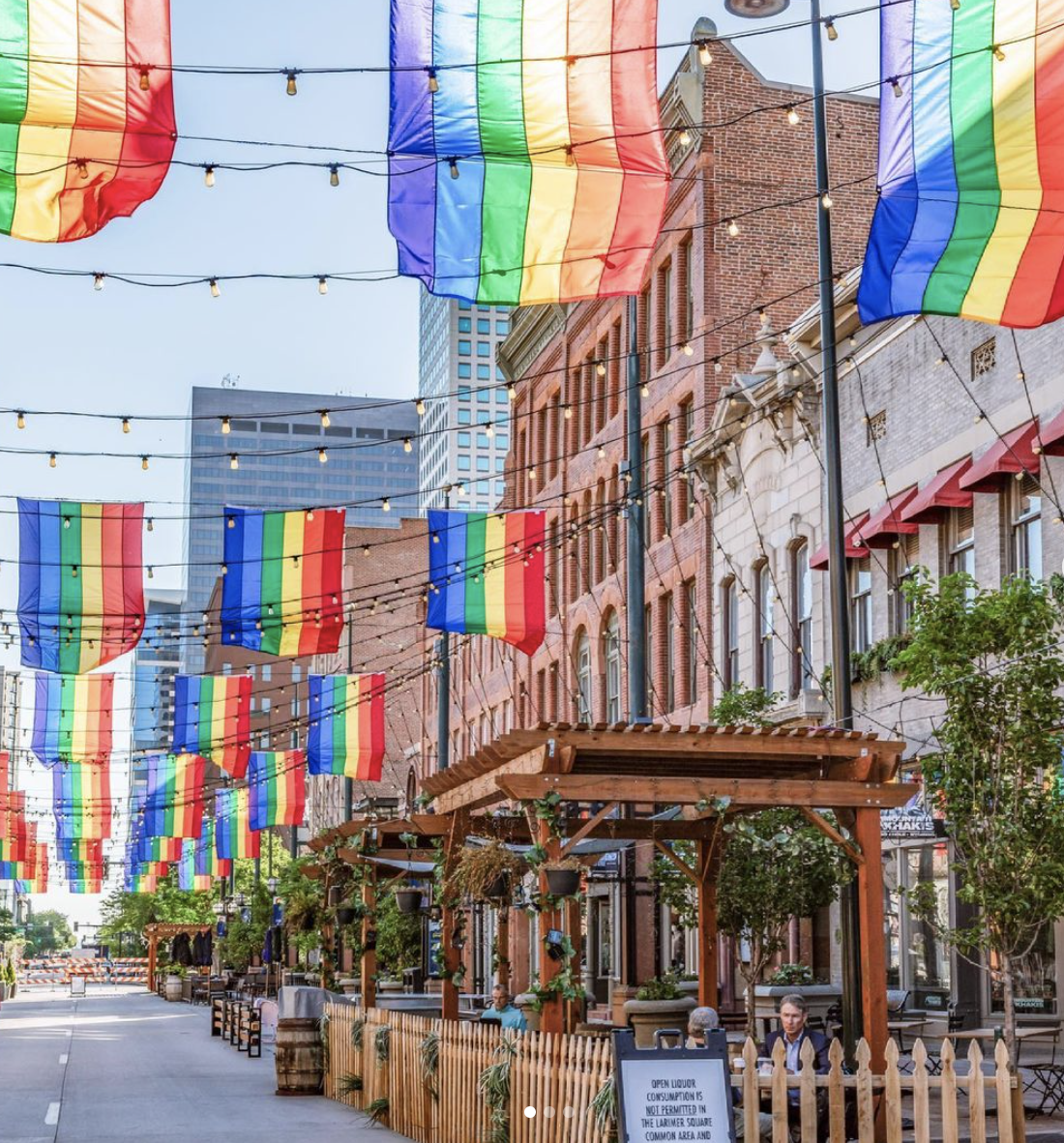 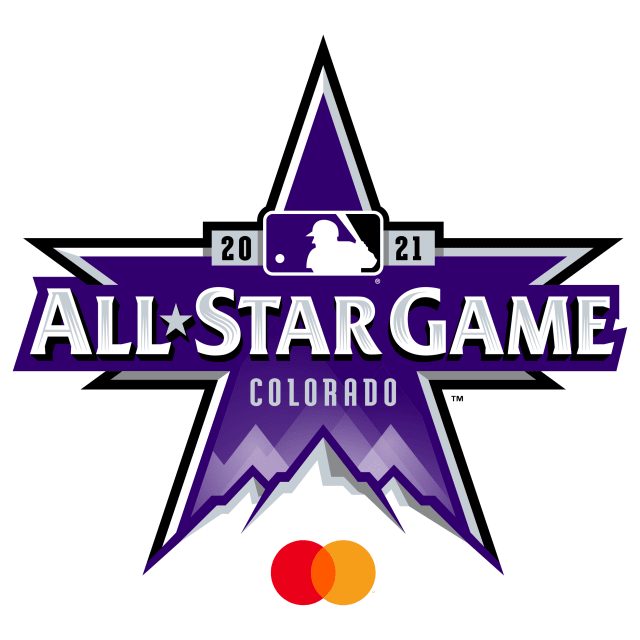 How are you spending this beautiful Colorado day? We think it’s a perfect evening to watch a movie on the lawn of @mcgregor_square! Movie Starts at 7pm. #50firstdates #coloradofall #latesummer #coloradogram ...

The LoDo Limelight Awards celebration is back! Tix link in bio!

Limelights is our opportunity to honor community members and business leaders who've made significant contributions to the Lower Downtown District and/or the greater Denver community.

It is a fun-filled experience with guest speakers, live entertainment, and of course, delicious food and drink.

Guests dress up in cocktail attire and embody the unique charm of Denver's oldest neighborhood while toasting to one another's accomplishments.

This year's event is sure to be a great time for all, with live music, an illusionist, and local drag queen legend Laura Menorah as MC!

We look forward to hosting a wide cross-section of movers and shakers from the LoDo residential and business communities.

We are thrilled to host Limelight this year at the newly-minted Rally Hotel at McGregor Square, featuring an outdoor terrace in addition to function space and incredible views.

All ticket sales are eligible for a full refund if CDC recommendations or local public health guidelines affect the event.

Sponsorship Opportunities:
The LoDo District is seeking event sponsors for this 2021 LoDo Limelight Awards. Get in touch with [email protected] to learn how to feature your business as a sponsor for as little as $500.

Did you guess Barteldes Seed at 16th and Wynkoop to last weeks fbf? ...

Did you guess 17th and Wynkoop to our throwback photo? If so, you were right! This building is home to the Streetcar Lofts, constructed in 1882 and one of the older buildings in LoDo, with both national and state historic designations. The original owner was the Denver City Railway Co. who used the building to store streetcars and horses. #downtowndenver #lododenver #unionstationdenver #denverlofts #historichomes #denverhistory ...

If you guessed 1650 Blake St to Thursday’s Throw Back then you were right! This block will be part of the upcoming Market Street Station! #lowerdowntowndenver #urbandenverlife #denverliving #exploredenver ...

The John Deere Plow Co Building was originally the home to George Tritch’s hardware business. Tritch’s original building was located in a one room log cabin on Blake that was destroyed in the fire of 1863. George Tritch was a tinsmith and became a successful businessman active in the development of the city. In 1887 the John Deere Plow Company located its regional sales center in this building, which it owned and occupied until approximately 1945. Thank you to Barb Gibson for the great information. ...

It wouldn’t be Thursday without a little throwback! Any guess where in LoDo this was taken? Extra credit if you guess the year! #denvertbt ...

What a wonderful place to live! Happy #coloradoday! ...

Did you guess 15th and Blake to our TBT question?  If so, you're correct! Barney L Ford originally built the building now occupied by Hapa Sushi in 1863, a black pioneer and one of the state's most influential black business owners and civic leaders.

Barney L Ford was born into slavery, escaped to Chicago, and eventually made his way to Breckenridge, Colorado, during the 1860 gold rush.  After being run off his claim, he settled in Denver. In 1862 he bought and operated a barbershop that burnt in the fire of 1863.   Ford secured $9,000 from Banker Luther Kountze to rebuild and expand into a two-story brick building.  In the basement of the building was a barbershop, and on the main and second floors was the People's Restaurant.  Ford offered oysters, lemons, and Havana Cigars. He was so successful that he repaid his entire loan in the three months following the opening.

Ford purchased the Sargent Hotel on Larimer St. in 1872, renamed to Ford's Hotel, and purchased several other lots on Blake and 16th St. In 1873, he built the Inter-Ocean Hotel, on Larimer, the finest hotel in Denver when it opened in 1873.

He is also credited with establishing the first adult education classes in Denver, and he became the first black man to serve on a federal grand jury in Colorado.    He was an active member of the Republican Party and was the first black man to be nominated to the Colorado Territorial Legislature.  While he did suffer some financial setbacks, he returned back to Breckenridge during the silver boom.  There he opened another popular restaurant, Ford's Chop House, and In 1882, he built a home in the wealthy residential district in Breckenridge, which still stands today.  He died in 1902 in Denver. ...

What’s your guess? It’s time for TBT-LoDo Edition. Do you know where in LoDo this was taken? ...

In 1859 Charles Blake and Andrew Williams built Denver Hall,  what we now call the Elephant Corral. It served as a trading post—built to serve the gold-seekers and teamsters and also held public meetings as it was the largest building in the Denver and Auraria Settlement. The Elephant Corral grew to include a Livery, a Stockyard, and of course, it wouldn't be complete without a brothel.  The site is the humble beginnings of the National Western Stock Show and housed oxen,  mules, horses, and cows.  But not a single elephant.

The building was surrounded by a thick groat wall, a mix of mud and cobblestones, topped with gun ports to protect from invaders. The front of the building contained a bar and the gambling tables, which were strategically placed so that patrons could quickly exit through cotton-covered windows if an unexpected gunfight took place!  Behind the bar were 6 bedrooms for nightly rental.

Blake and Williams were businessmen and used advertisements along the routes to Denver and would send employees out to meet wagon trains to bring them back to the Corral!  In 1863 a fire destroyed the building, which made way for the addition of a 2 story warehouse. The building got its official name, Elephant Corral, when Robert Teats purchased it from Blake and Williams.  Later in 1888, John Thames purchased the building.

Some think that the name was derived from the saying "seeing the elephant," which meant to see or experience something strange or wonderful.  Others believe it was named after the Elephant Corral located in Council Bluffs, Iowa.

Business transactions were conducted with gold dust.  At that time, a pinch of dust between the thumb and forefinger was worth .25! ...